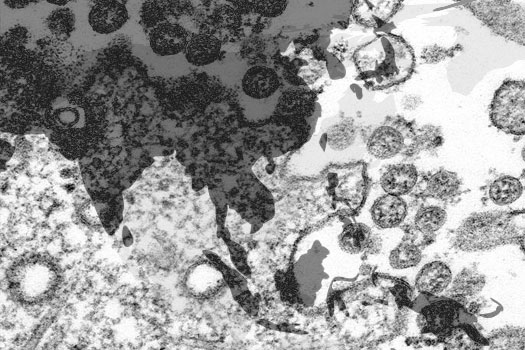 The COVID-19 Thailand is the miniature caricature of Thai politics. When it comes to choices of governance, Thais face a dilemma of two evils: the electorate party and the bureaucratic party. A cycle of elections and coups has prevented successful democratization and allowed the bureaucratic state to grow into a powerful player. Democratically elected politicians are often corrupt and incompetent while a military junta, a representative of the bureaucratic party, are ruthless and irresponsive to the populace. The present regime is a hybrid as the 2017 Constitution successfully installed the 2014 junta leader, General Prayuth Chan-ocha, as a prime minister of a farcically democratic government. How he is handling the COVID-19 pandemic presents the worst of both.

Observers of Thai politics had warned beforehand that the 2017 Constitution would produce a disastrous result. To rig an election in favour of Prayuth, drafters adopted an electoral system that favoured small parties. The Election Commission further interpreted it as the ridiculous result of a 20-party coalition government: fractious, unstable, and chaotic. To competently lead such a coalition requires remarkable leadership skill which Prayuth has never shown. He has neither the charismatic charm nor amicable personality necessary to command and negotiate his government. As a result, Prayuth the politician was slow and incoherent to respond to the pandemic. Thailand was the first country to report COVID-19 cases outside China on 13 January 2020. Prayuth refused to restrict inbound travel and even tried to promote more tourism for April. No systematic quarantine was imposed. No shelter-in-place was issued. More cases followed. As panic sank in, face masks disappeared. Doctors and nurses were forced to work non-stop without protective gears. The attempt to solve the shortage ended up as a feud between his commerce and public health ministers from different coalition parties. Not until the number of cases began to soar to over a hundred per day in March did Prayuth invoke the Emergency Decree declaring the pandemic emergency situation.

“This Emergency Decree transferred decision-making power from the cabinet to a special command comprised of ministers, high-ranking bureaucrats, and army generals, led by the prime minister. Basically, it transformed Prayuth the politician back into Prayuth the dictator, with expansive power and impunity.”

This Emergency Decree transferred decision-making power from the cabinet to a special command comprised of ministers, high-ranking bureaucrats, and army generals, led by the prime minister. Basically, it transformed Prayuth the politician back into Prayuth the dictator, with expansive power and impunity. The Emergency Decree is not subject to review from the Administrative Court. Prayuth is now leading not his cabinet but a band of bureaucrats, often considered more professional and less self-serving. Prayuth issued a partial lockdown including a ban on social gatherings, the shutting down of borders and airports, and imposing a curfew from 10 pm to 4 am. By early May, cases are down to almost zero.

Yet at what cost comes this ‘effective management’ of the crisis? More importantly, does the Thai bureaucracy really live up to its myth? When democracy recedes, the bureaucratic state grows more powerful. But it lacks the ability to exercise that power effectively. Civil service offers a highly-secured job for those who can tolerate a hierarchical and authoritarian work culture. It has long suffered a brain drain; those talented depart for more creative jobs. The recent dictatorship (2014-2019) worsens the problem by basing promotion upon loyalty to the junta. The result is an authoritarian body that is unable to handle a non-conventional threat.

COVID-19 presents an unfamiliar hazard to the Thai state which is used to national security threats: a communist insurgency, Muslim Malay separatists, or even Thaksin’s supporters. Prayuth portrayed COVID-19 as an enemy that must be defeated at all cost, including with the lives of citizens. The government’s motto ‘health before liberty’ hints at its authoritarian thinking which regards the two as dichotomous. Prayuth the dictator could not apprehend the socio-economic impact of its policies. The claim of national security forecloses any debate on such impact.

A nationwide lockdown at short notice shocked small and mid-sized businesses. Massive layoffs and furloughing have left millions of Thais jobless. The relief that came was too little, too late. It took weeks before the plan was initiated. Originally intended for 3 million Thais, almost 20 million unemployed registered and registration was plagued by red tape and bureaucracy. There have been daily reports desperate individuals and families committing suicide. Yet, the government shows no empathy and continues to blame the people for misbehaving. It completely forgot that someone had failed to prevent an influx of travellers in February and March.

There is much confusion about who has the authority to handle COVID-19 as the government never speaks in one voice. In addition to the taskforce’s orders, each province issues its own additional measures. The government keep changing its orders, suggesting that factions within the bureaucracy fail to work in unison. At one moment it was to relax the lockdown before backtracking a moment later.

Many measures are excessive and even arbitrary abuses of power. A curfew and a ban on the sale of alcohol are arguably disproportionate for the purpose of preventing mass gatherings. Prayuth initially required returning Thais a fit-to-fly certificate but later closed all airports. The closure of airports, which is being extended to the end of May, left thousands of Thais stranded all over the world. Repatriation flights were slow and expensive. Instead of assisting civil societies in organizing handouts, the government attempted to regulate, in effect discourage activities. It is fair to say that the bureaucratic party fails the COVID-19 test too. A zombie state sleep-walks into the viral storm.

Thailand’s COVID-19 story fits the conventional narrative of Thai politics. Thais must choose between a pandemic or an economic disaster. Both choices mean death and despair. However, it does not always have to be the case. There are many countries whose democratic governments have performed just fine. If the 2017 Constitution were designed differently, we could have a strong, effective, and responsive government that might not need an emergency law and no one would have to commit suicide. The legacy of a coup can kill us long after the generals leave the stage.

Khemthong Tonsakulrungruang is a lecturer at the Faculty of Law, Chulalongkorn University. He works in the field of constitutional law, especially judicial politics, law and religion, and freedom of expression.