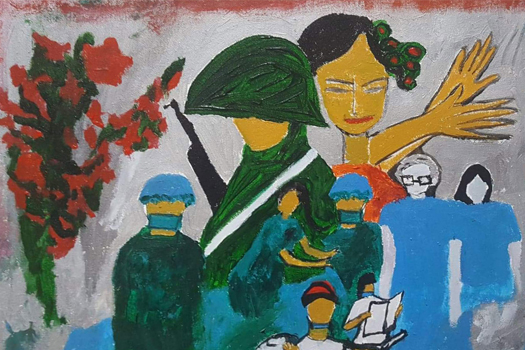 By the end of December 2019, Myanmar was overwhelmed with internet news relating to the deadly Severe Acute Respiratory Syndrome (SARS) Corona Virus COVID-19 in Wuhan, East China. At the time, in Yangon we had little knowledge about who had been infected by the new virus as the World Health Organization (WHO) level 3 laboratory only arrived at the National Health Laboratory in Yangon in mid-March. The quality of the Burmese health system is widely known to be close to last on a list of over 190 countries, and there has been an emergency situation here.

By the end of December 2019, Myanmar was overwhelmed with internet news relating to the deadly Severe Acute Respiratory Syndrome (SARS) Corona Virus COVID-19 in Wuhan, East China. At the time, in Yangon we had little knowledge about who had been infected by the new virus as the World Health Organization (WHO) level 3 laboratory only arrived at the National Health Laboratory in Yangon in mid-March. The quality of the Burmese health system is widely known to be close to last on a list of over 190 countries, and there has been an emergency situation here. There have been requests for the donation of health facilities to help combat the spread of infection. Personal protection equipment (PPE) and masks have been limited among many health workers and the public population at large. Some health workers have been on the front line caring for infected persons and positive cases haven’t been tested to the degree necessary. As a result of this, community spread has been noted after local transmission cases were discovered. However, former positive cases were notified as those that had come into the country from others who were infected in Western countries. Due to repeated -and alarming- interactions between people, most will not go to hospitals unless it is an emergency.

People wait on Facebook for updates meaning they sleep very late. ‘Stay Home’ and ‘Social distancing’ have been pushed through online social media as people connect with each other.

The hot summer month of April is well known for days that are crowded due to the water festival which follow on from the Burmese new year. But, celebrations have been banned. Roads remain empty and dry. In spite of this, the number of detected cases have been found to be increasing. In recent days, the health department has released information reports on new infection cases late at night, so people wait on Facebook for updates meaning they sleep very late. ‘Stay Home’ and ‘Social distancing’ have been pushed through online social media as people connect with each other. Facebook (by far the most popular social media in Myanmar) has been crowded with users and even the chair of the national Covid-19 infection control committee ‘Aung San Suu Kyi’ opened an account and stated that “it was to communicate with the people.” Her account posts what she has gathered about the virus in Myanmar.

The late morning of the 23rd April was burning under the summer sun. The mobile phone rang with a call from a private hospital. The old man, in his eighties, was wearing a mask and had on gloves and was talking in long monotonous speech without pausing. “I want to talk” he said. The scenario was of a middle aged military officer on a mission at the China–Burma border to build new border markers after negotiations between both sides. He remembered that Chinese weapons were versatile, powerful super machineguns, not like the ordinary Heckler and Koch G3 and G4 rifles. His recollection went all the way back to 1970 -75 and he reminisced “you already knew about illicit drugs like opium and heroin in Burma at that time…and the Burmese Socialist Party? You remember the choppers that the U.N. had provided to fight against drugs?” My mind made a silent reflection on what he was saying. “Of course, they provided choppers that fought to eliminate ethnic minorities.” His memory reflected on a tragedy from six year ago; “My son, 45, was killed by a remote landmine. If not for that he would have been promoted because he had won many fights before.” He talked about battles. Then he continued “and six months ago, my next son died at hospital admission for post-Chikungunya (Elephant flu) fever. You knew that there was a widespread outbreak last year in the later months…he suffered from complications after the fever because he didn’t take any rest from work.” Finally I asked “you loved your grandchildren. They loved you?” He said “yes, I loved them much. They fed you and you ate well. Don’t go out in these times of Corona. Next time, we will see each other and talk.”

Messages on Facebook have being going “viral” over the late night news reporting on positive Corona cases and other similar news. One of the most distressing items in news coverage has been of battles that haven’t ceased in the northwest of Arakan (Yakhine) state of Myanmar. Villagers, including children, were killed there. The corona infection and prevention was just nothing. Nobody listened to calls to cease attacks. In the final week of April, Facebook showcased the anniversary of the now deceased famous political prisoner ‘U Win Tin.’ This was commemorated by people who had come together wearing similar blue blouses. These were as bright as a magnificently fresh blue. Unfortunately, some ex–political prisoners I’ve known were not seen in this bright blue blouse: where they have been? Are they missing or forgotten? The bright blue blouses remind us of the other green blue blouse which was worn by a pretty local lady medical doctor who has been on Facebook appearing as a model showing people how to “wash hands.” This came after Aung San Suu Kyi demonstrated how to do so. The lady doctor was shaking her waist side by side whilst showing us how to wash our hands. The next day, the World Bank approved a US $50 million credit for the Myanmar COVID-19 emergency response project (The Burmese population is close to 54 million people). The simple reason for this is because industry and factories have to remain closed for a prescribed period of time while the government wants to set the rule of law so that people “stay home” and enforce this -day and night – through local authorities loudspeakers.

In the street under the hot sun, the birdfeed vendor pushed his green blue mask down under his chin around and said to me “the mask goes up when authority walks by.” That’s fine. 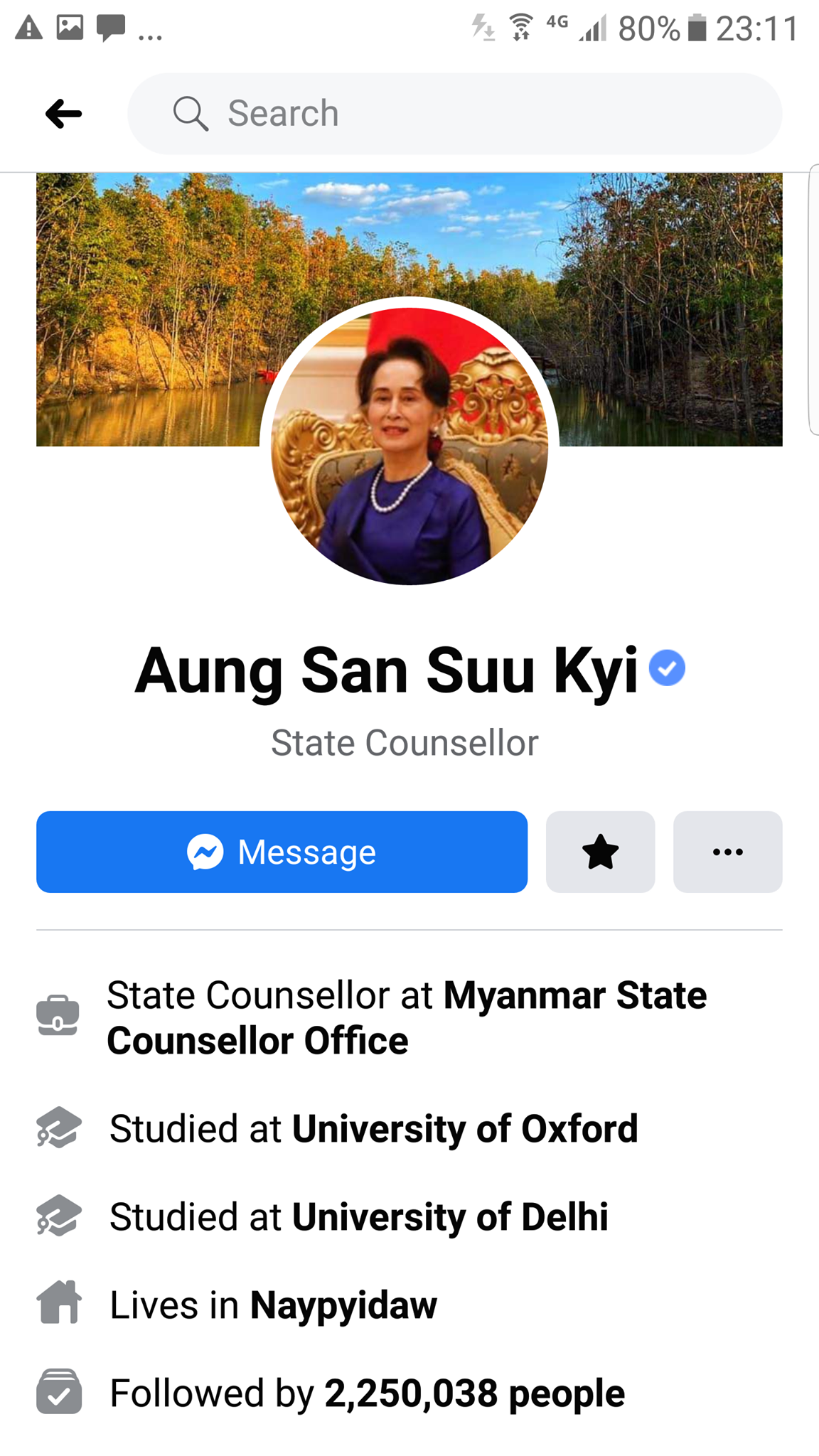 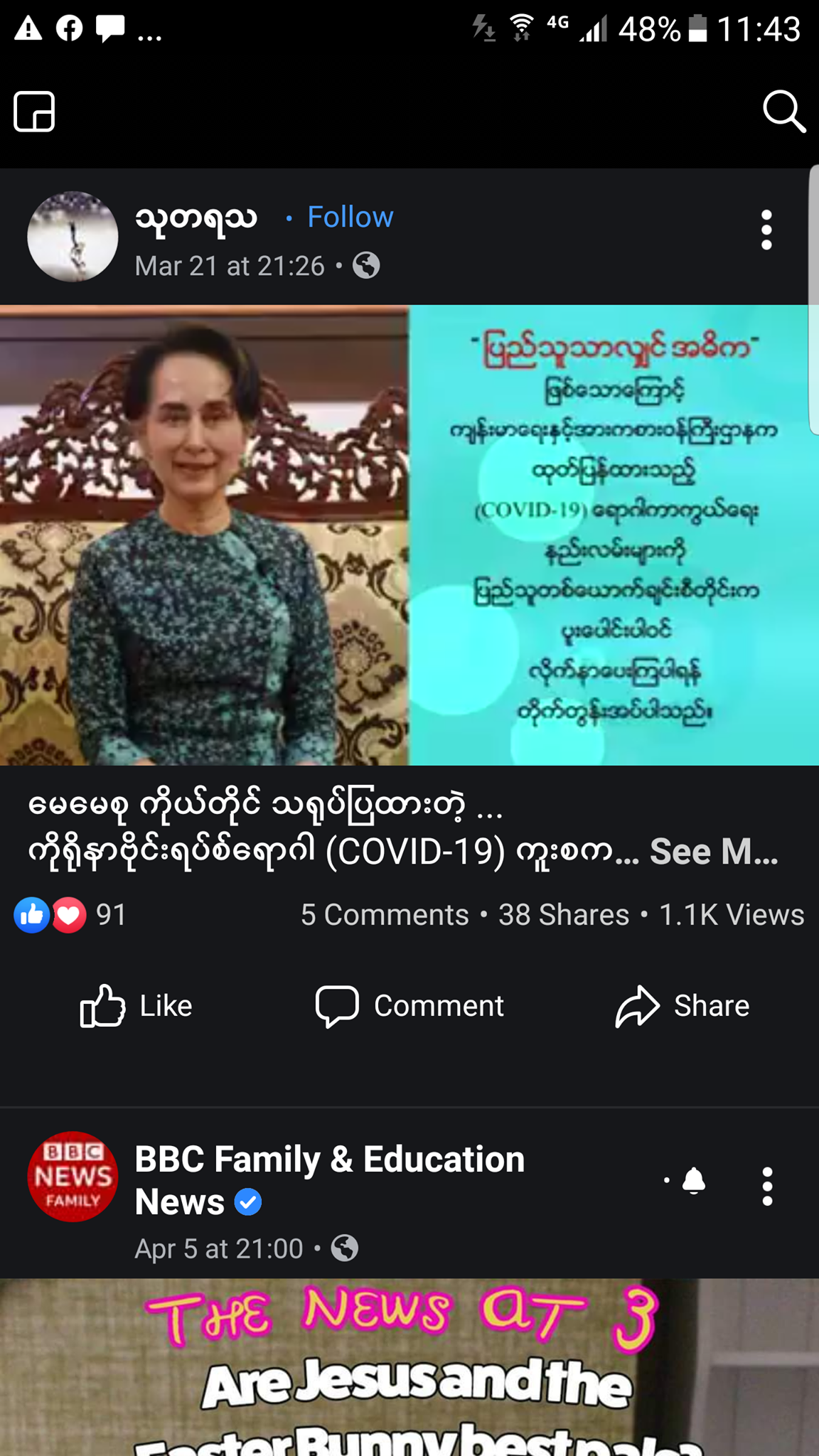 Aung San Suu Kyi in an announcement campaign against Covid-19 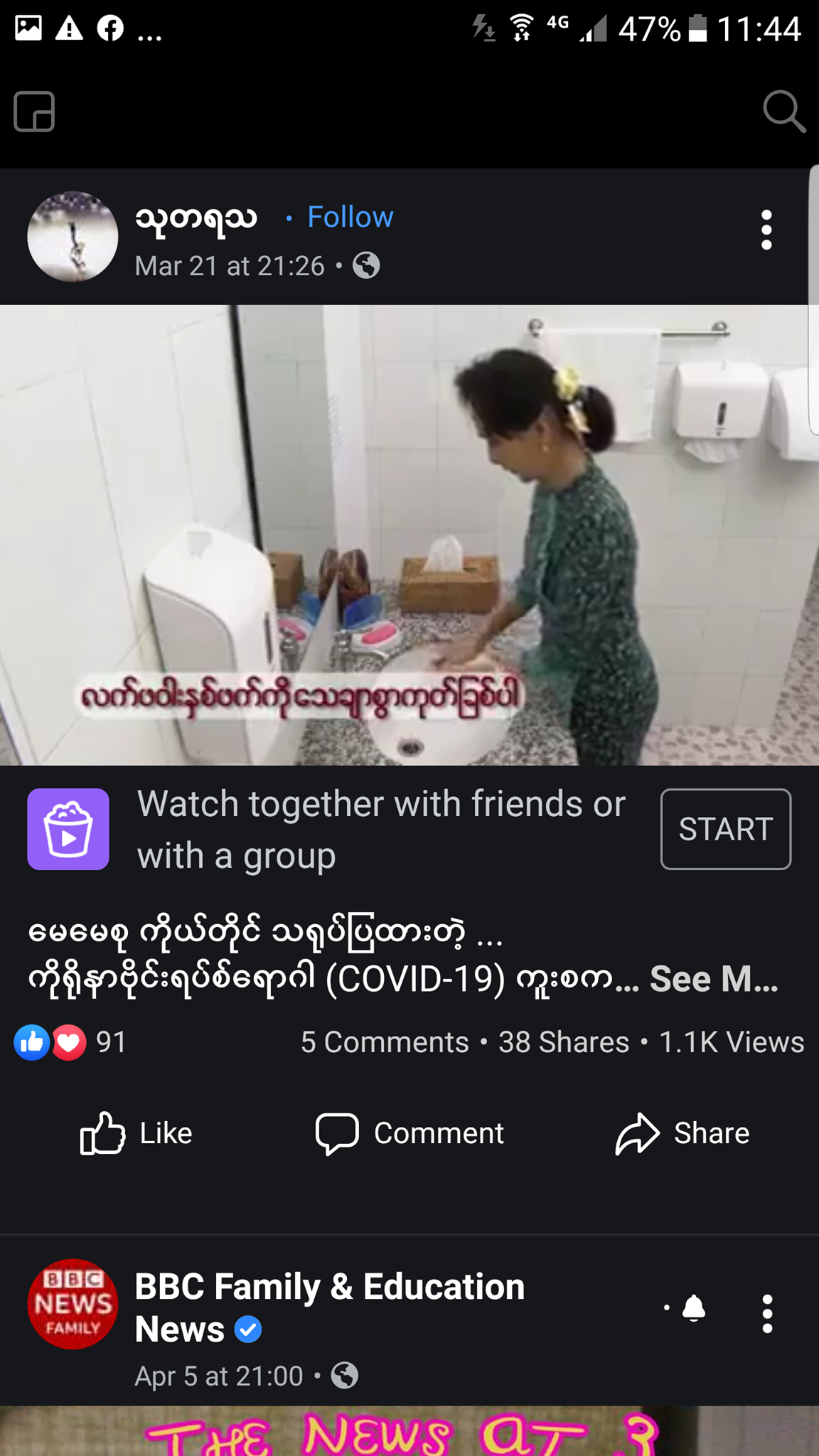 Dr. San San Oo is a consulting psychiatrist at the Aung Clinic for community Mental Health Initiative project in Yangon, Myanmar. She is the team leader for a integrated health and mental health care project which provides community-based psychosocial interventions for severely mentally ill patients. She is also a researcher, contributing to the World Health Organization (WHO). She currently assesses and maps the situation of people with psychosocial disabilities and intellectual disabilities and is responsible for presenting the effective outcomes of Aung clinic community mental health initiatives. She and her co-workers are providing mental health care training for community organizations and ethnic health organizations (BPHWT – Back pack health worker team) in remote ethnic areas.