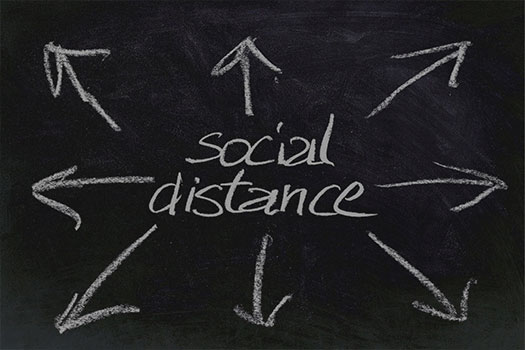 Adapting to the new normal prompted by the pandemic is challenging for a developing country like Myanmar. Wearing a mask is proving a difficult adaptation for people from all walks of life — housewives, monks, nuns, bus drivers, labourers and sellers in the market.

Adapting to the new normal prompted by the pandemic is challenging for a developing country like Myanmar. Wearing a mask is proving a difficult adaptation for people from all walks of life — housewives, monks, nuns, bus drivers, labourers and sellers in the market. My mother doesn’t hesitate to wear a mask, but she can’t give up her eating-with-hands culture, which we share in Asia, Africa and the Middle East. Thank God, she washes her hands often.

The new normal is not good for my son, a university student in his third year of study. Staying at home for an extended period is his biggest challenge. After two months of isolation, the new normal has become distressing for him. Like others his age, he thrills to meet his friends, visit his university campus, and hang out in coffee shops. His social life is now confined to multi-player video games which at least allow him to keep in touch with his friends virtually. But I don’t know how long those games can keep my son happy. Besides, this is a very unhealthy way for young people to interact with one another.

But for me, staying at home is something I’ve experienced before. It reminds me of the time the government closed the universities for two years following the “people power” uprising of 1988. At that time, there was no Internet or social media, and what media was available was subject to the strict press scrutiny board. There were not many things we could do during the two-year-long school break except reading, writing or playing cards at home. Still, even under harsh military rule, we weren’t compelled to follow stay-at-home restrictions for long.

The military rulers banned all information technology via the notorious electronic act, which criminalized the use of the telephone, fax machine or computer without permission. Violators could look forward to arrest and long prison sentences. I first saw a standalone computer 30 years ago when I was a student at Yangon University. I often peeped at the small desktop computer in the laboratory room from the outside glass window, but I never had a chance to touch it. I spent most of my free time reading Victorian authors in the university library.

But my son was born in the information age. Online learning is hardly a new thing for him. He can learn to play the guitar or take cooking lessons from YouTube. Nonetheless, virtual learning does not seem to satisfy him. He misses on-campus classrooms, the basketball field and the university atmosphere where he learned, played and socialized with his friends.

The Myanmar Ministry of Education (MOE) has initiated an online training plan. It is their pandemic response to adapt to the so-called new normal in higher education systems around the world. Still, in Myanmar, many schools running under MOE guidelines lack both IT equipment and Internet capacity. Many makeshift schools in the far-flung areas, many of which are torn by the civil war, lack not only facilities but teachers and human resources in general.

Although Myanmar’s universities have gradually improved since 2010, an online teaching system is still very new to the state universities. It is the new normal for a university lecturer like my brother. The Zoom application doesn’t work on his old laptop computer with its limited memory. Like me, he grew up in a technophobic community, so he doesn’t know how to share files on messenger. He doesn’t seem aware that Google Play Store is a digital platform to download the official app for the Android operating system. He doesn’t have Skype or Whatsapp accounts.

But perhaps more worryingly, we need to ask: Are our students ready for online learning? A recent cartoon reflects the reality of Myanmar. A father is reading a newspaper by candlelight. He reads a news headline to his son: “Wow…you will be taught online, Son, Excellent!” The cartoon underlines an unfortunate reality in Myanmar. How can online learning proceed given the frequent breakdowns of the electric grid?

According to a survey conducted by the World Bank and the United Nations Development Programme in 2017, one in four people in Myanmar live under the national poverty line. For impoverished grass-root communities, the move to online learning is a bad joke.

The Classroom Under the Tamarind Tree

While I was sitting in a recent zoom meeting, my mind wandered to my classroom under the shade of the tamarind tree. My school was located in a dry zone area in Myanmar and was surrounded by monasteries. But what most distinguished it was the big tamarind trees on its campus. In the afternoons, when the terrible heat invaded the classroom, our teacher would move us outside and continue our lessons under the shade of these majestic trees. We enjoyed the cool breezes as the tree’s small leaves fell on our heads. We were dutiful students, and so would listen attentively to the teacher. But what dwells most in my memory are the conversations between the teacher and the students and among the students themselves.

Tagore’s philosophy of education aims at self-realization, self-determination, creative thinking and imagination, all of which are present in his song. But my imagination strains to think of how any of these can be obtained in the virtual classroom. Our eyes are tied with the screen, so that we can see and hear each other on-screen. But virtual conversations are as dry and as enervating as the heat which drove us outside. Although we have a virtual identity to log in to the classroom or the Zoom meeting, we lack something essential about our human identity. What we are missing in this virtual world is the human essence, something which is intimately bound with passion or desire or love. No matter how hard virtual developers have tried, these crucial elements of our psyche, so necessary for education, require our bodily presence.

Yet even prior to the pandemic, we seem to have been moving ever further from Tagore’s educational ideals. One of the critical stories in higher education in recent years has been the rapid growth of online learning, a development dramatically accelerated by responses to COVID-19. Within a matter of weeks, university professors the world over have had to familiarize themselves with the technologies and protocols of online learning.

But we need to be cautious about the wholesale technological outsourcing of university instruction. From its inception, “distance education” – the precursor to online instruction – was always understood to be a simulacrum of the university experience, an inferior option to on-campus classrooms. True, distance education could reach students in remote locales or those who were already in the workforce or otherwise unable to attend campus classes. But it was always understood that distance education incurred real pedagogical costs.

Crucially, distance students miss out on the educationally vital experience of conversation and dialogue, of human bodies in a room engaged in a real-time, unmediated exchange of ideas and opinions. Educational theorists from Plato to Terry Eagleton have understood that conversation lies at the heart of higher education. As Aristotle succinctly expressed it, “On important matters, we undertake deliberation in common with others, distrusting ourselves as inadequate to make decisions.”

In his recent book Course Correction: A Map for the Distracted University, Paul Gooch, president emeritus and professor of philosophy at Victoria College in the University of Toronto, argues that the method of teaching in universities should be what he calls “interrogative conversation” (Gooch 2019) For Gooch, conversation is a profoundly personal method that recognizes the embodied student in time and place. He notes that “the internet … is indifferent to human embodiment, oblivious to the frailties of the flesh. In the age of two-way connectivity, human bodies are irrelevant, and you “might as well be nothing more than a brain in a vat” (Gooch 2019, 213).

Professor Gooch advocates an education that recognizes the physicality of learning. In our rush to embrace technology, we have frequently overlooked the fact that human minds exist in bodies. He argues against the notion of a “placeless” virtual education that can happen anywhere with the internet and a screen: “a well-placed university should embrace embodied education, using technology only in its service. Embodied education respects place and bodily presence, rejecting the mentality of info-technocracy” (Gooch 2019, 215).

The classroom under the tree and the conversations it encourages is part of the culture we share in Asia. Although we are trying to adapt to the new normal such as mask-wearing or online learning, we shouldn’t let technology dictate to us our own local culture and culture of education.

As Tagore recognized, the conversation between teacher and students – whether under the Tamarind tree or elsewhere — is critical to the formation of human character and identity. It lies at the centre of our efforts to enlarge our understandings, to appreciate and engage with the world more fully, and to create for ourselves a unique human identity. By emphasizing the role of dialogue, Tagore acknowledges the ancient idea that a crucial purpose of education is to realize or fulfil the individual to the utmost, and to allow individuals to lead purposeful and meaningful lives through the free exercise of their intelligence and imagination. In other words, dialogue performs a primary function in the development of human character, one that transcends the mere instrumentalist need of preparing students for the workplace.

Conversation lies at the very heart of our notions of selfhood and our understanding of the world. It provides the necessary conditions for human flourishing. It is also central to the educational engagement, for the continuance of such conversations throughout our lives instils in us a desire for learning and knowledge. This passion corresponds to a very significant part of our mental makeup. Education, in and of itself, should be an intrinsically rewarding experience, one which is bound with those qualities of wonder and joy which make us most fully human and which allow us to appreciate human life in all its multiple dimensions. Ultimately, conversations pave the way to what Tagore calls “self-actualization.” Or to cite an ancient expert, to what Aristotle called “Eudaimonia,” by which he means the sense of a life well-lived.

It is a call to reclaim the greatness of our intellectual, imaginative and moral inheritance, and to return to the Delphic Oracle’s “know thyself” as the basis of our educational philosophy.

But here a caveat is necessary. Conversationalists understand that “knowing thyself” is not the directive of the subjectivist who looks within. Instead, we come to know ourselves by turning our minds outward, and, in the company of others, engaging in the ancient conversation that encompasses the immensity and wonder of the human story.

Although the MOE in Myanmar is attempting to adapt to the new universal standard, the country’s reality, including limited capacity in technology and human resources, in addition to an unreliable electrical grid, makes the attempt both futile and artificial.

But more critically, as Tagore recognized, education must respect local cultures and ways of life. For students in Myanmar, the educational conversation under the Tamarind tree represents our educational ideal. It is an unmediated conversation conducted in real time, and one which necessitates the physical presence of teacher and students. As such, it presents an impassable chasm to the virtual world of Google classroom and the new normal.

Mon Mon Myat is an author and a PhD Candidate in the Peacebuilding Program at Payap University in Chiang Mai, Thailand and Patrick Keeney is Associate Editor of C2C Journal and a Visiting Scholar at Chiang Mai University in Thailand.